And by networking it’s not about being a member of an unknown organisation. Mentioning the AEN added impetus to the [British Chevening scholarship] application in addition to my other experience…It is very prestigious and I also attribute it to the AEN.

Enock Musungwini from Zimbabwe has a long list of opportunities and awards that he attributes to the AEN. He joined the network in 2016 and has been a member of the reference group since 2018. One example that stands out of how the AEN has brought about change for him relates to the Masters in Public Health that he has just completed and graduated from at the LSHTM in the UK. He describes the contribution as follows:

"When I applied for my scholarship, I was funded by the British Chevening Scholarship through the Foreign Commonwealth Office, it’s a high-level scholarship… Networking and leadership are key parameters that they look for. And by networking it’s not about being a member of an unknown organisation.

Mentioning the AEN added impetus to the application in addition to my other experience… It is very prestigious and I also attribute it to the AEN. They had three key questions which included leadership potential and your level of networking. I was able to articulate that I was a member of the AEN, a continental network looking at the use of evidence in different thematic areas.... You also have to say how you will in turn influence the network and make a difference."

He has continued to mention his membership of the AEN in a number of other applications to present his work and attend events. Another example of this was an opportunity that he came across through the AEN newsletter. It was a call for partial scholarships to AEN members or members of affiliate organisations to attend a Cochrane South Africa Indaba that was held in Cape Town in 2019.

Enock is at preliminary stages of his PhD studentship applications with UK Universities and the blogs he writes and support letter from AEN will give him added advantage in the selection. But Enock does not only benefit from the AEN, as an active member he believes he has a part to play to strengthen the network. He does that by actively promoting the network to colleagues, and committing his time and skills to the network through writing blogs and being a member of the reference group. 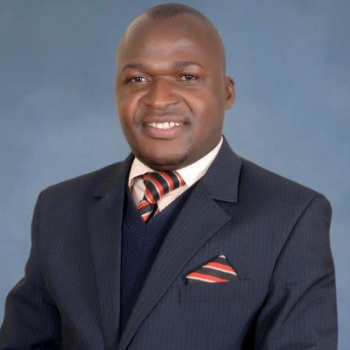 ~ Enock Musungwini, health management development specialist at International NGO
Back to story categories Back to Stories of Change
Previous Next