[AEN’s Africa Evidence Week] showed us that this is a unique way of engaging with our online audience… that produced tangible results in ways that our normal social media presence does not yield… it was the Africa Evidence Week structure that taught us that. This is our takeaway that we continue to mirror today.

Despite being a communications specialist, engagement with the AEN has brought about a shift in how Corey White approaches online engagement. For Corey, the Managing Editor of FHI 360’s R&E Search for Evidence blog and research specific Twitter account, it all started with his organisation’s participation in the Africa Evidence Week. This event was hosted online between 9 and 13 September 2019.

They were approached by the AEN to participate in the Evidence Week and did so in a number of ways such as compiling journal article links on African evidence by African researchers that they wanted amplified, developing personal research websites for African researchers, and developing original blog posts. Participation in the week seemed like a natural fit and they relished the opportunity to strengthen their work and their connections with organisations on the continent. But for Corey the most value aspect of participating came in the form of learning about the structure of the event, as he
explains:

"The campaign [during that week] was the only thing we talked about over the course of the campaign. Normally the [social media] content would be a hodgepodge or we would have different kinds of content. During the Evidence Week that is the only thing we talked about and [that] allowed our followers to understand what’s happening over the course of the week to come back and consume more of that information."

The results were startling. Data analysis on Twitter following the event showed that there were twice as many impressions on the work the organisation amplified and about three times as many engagements with the work:

"It seemed like that kind of online engagement should have been something that we had naturally thought of ourselves, but I had never thought of approaching it that way… I think that really changed our perspective."

They were so excited by these findings that they have since replicated the online structure in two additional events, with similar outcomes. As Corey summarises the impact:

"It showed us that this is a unique way of engaging with our online audience… that produced tangible results in ways that our normal social media presence does not yield… it was the Africa Evidence Week structure that taught us that. This is our take-away that we continue to mirror today."

Corey and his organisation look forward to continued collaboration with the AEN, the most immediate
being during Evidence 2020. 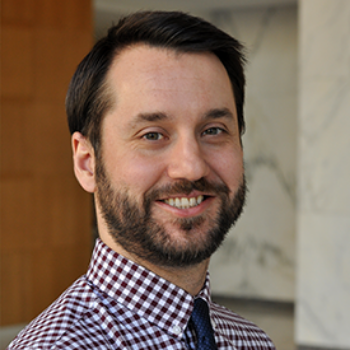 ~ Corey White, managing editor of FHI 360
Back to story categories Back to Stories of Change
Next