Uganda@59: The evolution of a data ecosystem 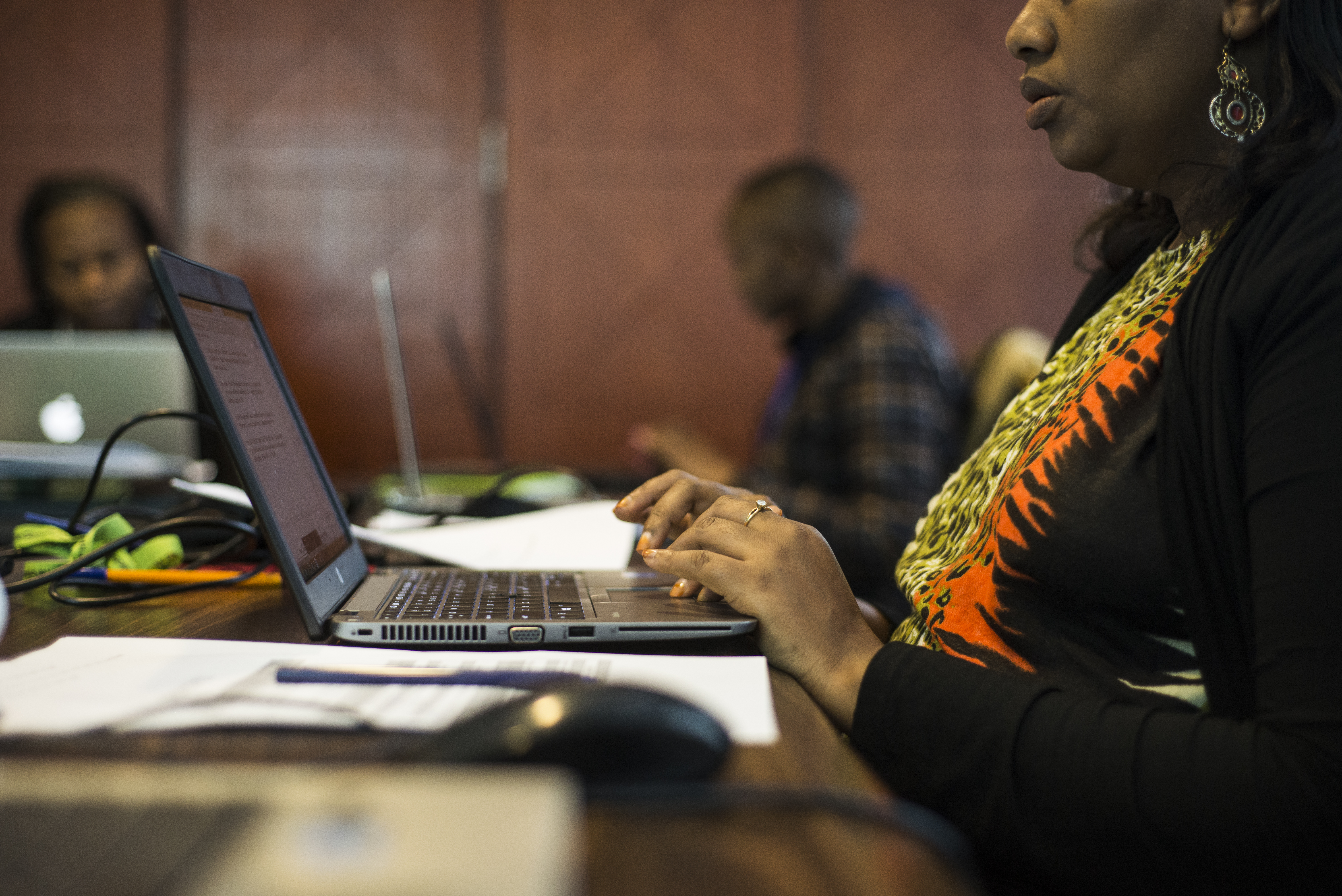 Monitoring progress and tracking performance for evidence-based decision making, at sub-national and national levels is an important part of the development process in any country. This requires the existence, and utility of strengthened systems to satisfy the demand and supply needs in the data ecosystem.

Uganda’s independence from Britain in 1962 followed a decade of the most consequential industrial and infrastructural expansion in the country's history, and on which it is essentially rooted 59 years later. In turn, this laid a foundation for the establishment of a policy environment to guide administrative and legislative functions, one that encompassed the field of data and statistics.

Statistical reforms in Uganda can be categorized into five time- periods namely; i) The Colonial and Obote I Period (before 1971), ii) The Amin Era (1971-9), iii) The post-Amin era and Obote II (1979-86), iv) The Rehabilitation of the Statistics Department (1986-98), and v) The Creation of the Uganda Bureau of Statistics (1998). After independence, an outfit known as the Statistics Department situated in the Ministry of Finance and Planning had been at the helm of managing the national statistical system. However, this underwent a decline during the reign of President Idi Amin between 1971 and 1979.

Attempts to revive the Statistics Department started soon after his deposition through the combined efforts of the Institute of Statistics and Applied Economics (ISAE) at Makerere University and the associative Uganda Statistical Society (USS). Together, they organized a series of stakeholders workshops which resulted in the i) setting up of an autonomous and self-accounting central statistics office with a permanent field presence, including regional and district offices; ii) implementation of the then UN-sponsored National Household Survey Capability Program (now referred to as the Uganda National Household Survey) and; iii) resumption of national surveys.

Following the promulgation of the  Statistics (UBOS) Act in 1998, Uganda has made tremendous progress, making it one of a few countries in Africa with a truly independent and successful National Statistical System (NSS). The government has not only funded it but granted full autonomy and independence to carry out its role as outlined by the authors of the post-conflict economic reforms in Uganda.

UBOS has a comprehensive, highly participatory, and devolved Plan for National Statistical Development (PNSD) – a five-year rolling blueprint for modernizing data use and statistics in the country. It provides a framework for Uganda’s Ministries, Departments, and Agencies (MDAs), districts, Civil Society Organisations (CSOs), and, more recently, cultural institutions to develop their own strategies for Statistics with UBOS support, strategic plans that are supposed to be aligned to the National Development Plan (NDP).  The country has a well-established data governance structure after passing the Access to Information Act (2005), and the Data Protection and Privacy Act (2019), and has established guidelines for usage and reproduction of data.

Uganda has adopted a bold vision for revolutionizing the use of data within its borders and beyond. For instance, Uganda is a signatory to several data and statistics protocols, including the African Charter on Statistics, the Strategy for the Harmonization of Statistics in Africa, the UN Fundamental Principles of Official Statistics, and Agenda 2063. Most of the principles in these documents have been embedded in the country’s policy and legal framework for data and statistics. Moreover, Uganda has religiously participated in international events aimed to improve data production and use such as the annual United Nations World Data Forum, the annual Africa Statistics Week, and national ones such as the High-Level National Data Forum.

In terms of data production, a significant amount of data exists in Uganda, especially at the National level. A census is usually done every ten years with few instances of delays, and major periodic national household surveys are normally conducted on time, and are available for open access on UBOS microdata portal. Moreover, most ministries and departments collect routine administrative and programmatic service data, mainly with the support of donors. The most comprehensive repository is available at the Knowledge Management Portal.

Despite the progressive picture painted above, Uganda’s national and sub-national Data Ecosystem still faces significant challenges. For example, the extent to which the data- and statistics-related policies above are implemented is still limited. Some of the seemingly progressive laws and policies are occasionally negated by some other anti-evidence laws in the country, such as the colonial-era Official Secrets Act of 1964 and the Public Service Standing orders which limit civil servants’ right to release information, and the 2011 Computer Misuse Act whose enforcement is often abused.

Moreover, the creation of multiple MDAs and districts has led to a dramatic increase in the cost of public administration, thereby constraining the number of resources available for strengthening data systems especially in key social sectors like Health, Education, Agriculture, and Social Welfare. The multiple administrative units have also led to data silos, with every department creating its own data and information management system that ends up replicating another in a different agency, wasting limited human and financial resources.

While investment in data systems has been improving over the years, it is still limited. Most administrative data systems in MDAs for example are funded by donors, thereby imperiling sustainability; some districts are unable to recruit technically competent statisticians and data analysts, and data dissemination is still largely done analog, old-school-style through printed papers and books.

The data use culture in government structures is limited and several stakeholders in the data production community express frustration at the limited demand and use of statistics in decision making especially within the country.

On data silos, efforts should be made to harmonize all information systems by making them interoperable so that data access can be easier,  both at national and sub-national levels. There is also a need to intensify coordination among donors, their MDA, and district recipients before the establishment of new data systems. The central government should invest more funds from the national budget to data and systems strengthening, with a specific emphasis on providing more financial support to district planning units to invest more in data collection at lower levels of district administration.

On limited data use and analytical capacity, sub-national administrative units (districts) should hire district statisticians and IT Officers, revamp and consistently update their websites, in order to catalyze more data and information visibility, better data management and sharing practices, and increase data access to data users. Local governments may work closely with UBOS to create a community of practice by building partnerships among districts that are doing better on data production and sharing, as well as enhanced collaborations with local academia, research, and civil society communities to boost districts’ capacity to manage the data value chain. Further, at the sub-national level, the District Planning Unit can hold Data User Fairs to showcase existing data and reach out to users in academia and civil society.

In all, the proliferation of technology and ICT infrastructure in the country has created opportunities to increase data production, demand and use especially at the sub-national level. The government’s rural electrification program is extending the national electricity grid to more rural areas, and an ambitious, fiber optic cable project is connecting more districts and service points to the Internet, databases, and other national digital infrastructure.

Acknowledgments
The author would like to acknowledge the contributions of the Institute of Statistics and Applied Economics (ISAE) at Makerere University and the Uganda Statistical Society (USS).

About the author(s)
Dr. Damazo Kadengye is a Statistician/Research Scientist at African Population and Health Research Center.
Mr. Bernard Sabiti is a public policy researcher focussing on data and information systems in Africa. He is currently working at Development Initiatives (DI) as a Senior Strategic Partnerships & Engagement Manager.

Disclaimer
Blogs cannot be submitted without authors' agreement to the disclaimer: The views expressed in published blog posts, as well as any errors or omissions, are the sole responsibility of the author/s and do not represent the views of the Africa Evidence Network, its secretariat, advisory or reference groups, or its funders; nor does it imply endorsement by the afore-mentioned parties.