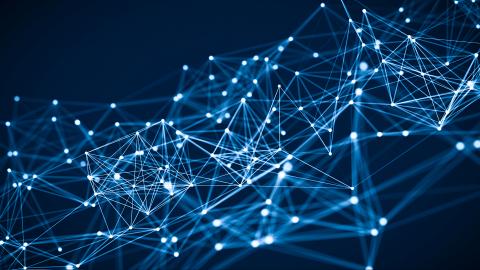 If you are interested in this topic, review the webinar presentation, or watch the recorded webinar.

When you want to know which direction to take, ask others. This adage can be applied to trying to keep a network engaged and vibrant. Creating a network is the easy part but keeping its members engaged and vibrant is the challenging bit. By easy, we mean that people would be likely join a network that has clearly laid out its goal and purpose which resonates with the individuals. However, the sustainability of the membership depends on more than the aforementioned.

This post is inspired by a recent research study conducted by the Africa Evidence Network (AEN). During this study, several respondents were keen to find out what was different about the AEN. This question stemmed from the admission by some respondents who had been disappointed by being members of other networks. Dealing with such challenges can be achieved through implementing various programs informed by a baseline of the needs and interests of the members.

This article will present an in-depth look at the methods, tools, and practices that can help a network understand – and thus serve – its members better.

WHY DO PEOPLE EVEN JOIN NETWORKS?

People join professional networks such as the AEN for various reasons, including (but not limited to):

These reasons underline the fact that people join networks to improve their capacities for the purposes of achieving certain goals. In this context, capacity refers to the overall ability of individuals and systems that have been put in place within the network to create value that its members can benefit from.

While it is possible to engage in a lengthy debate about what is capacity, for the purposes of this blog post I frame capacity needs as the gap between what is and what should be. In some cases, people may have specific needs that can only be met through institutions such as networks. Often, the ability to meet the needs of members of a network can be found within the experiences and expertise of members themselves. However, it is only when systems are put in place to harness these capacities that the members will benefit.

SO, HOW DOES A NETWORK FIND OUT THE NEEDS AND CAPACITIES OF ITS MEMBERS?

But before systems to harness members’ capacities can exist, networks need a working inventory of members’ capacities and needs for capacity. Here, we share the experience of the Africa Evidence Network (AEN) in seeking to understand its members. The AEN used a multipronged approach to harness the information necessary to strengthen its relevance for members and for those in the field of evidence-informed decision-making (EIDM) regionally as well as globally.

Ask them in a survey

A staple research tradition, networks can make sure that they regularly survey their members. Due to its geographic and sectoral spread, the AEN has used online surveys annually to answer primary questions: how is the AEN membership changing, what is valuable to members for the AEN to offer, what difference has the AEN made to members’ work, and what should the AEN do differently?

An annual member survey was conducted in 2018 which sought to answer these questions. The AEN members who responded reported finding great value in being part of the AEN. Particularly, the network was valued for its role in connecting people working in Africa to one another and in sharing relevant information about EIDM in Africa. As well as testimonies from members about the connections being part of the Network had allowed them to make, members also recommended capacity-building activities they would like the AEN to undertake.  You can read more about this survey here.

The first-ever membership survey run by the AEN aimed to understand what the Network was doing right up to that point (having been founded four years earlier), where it could improve, and the opportunities that could be created to generate income to keep the AEN running optimally. Other surveys conducted by the AEN can be found here. Bottom line is, for the last four years, the AEN has asked its members in a survey for their guidance and views about what the Network should be.

Explore potential in a research study

Between October and December 2019, the AEN conducted a research study to better understand the scope of work on evidence-informed decision-making (EIDM) across different organisations in Africa. As a qualitative study, we wanted input from stakeholders to inform how the AEN can better serve the needs and interests of current as well as potential members across the continent. We wanted to understand the scope of work on EIDM across various organisations in Africa, their reach, their activities, and how scale can be met through engagement with the AEN.

It was also critical that through the study, the AEN could explore the views, demands, capacities, and potential for collaboration across institutions working within a similar space on the continent (attend our upcoming webinar, ‘Spotlighting capacity enhancement activities, networks, and opportunities across EIDM organisations in Africa: an AEN study' to join the discussion on this). Overall, the AEN secretariat sought to obtain input from stakeholders to shape how serves the needs and interests of current as well as potential members at the continental level.

The AEN secretariat is doing analysis on the data and assessing what the AEN priorities could be in response. We are also actioning those of our respondent’s ideas and recommendations that are easy to implement. For instance, we are engaged in the translation of information that the AEN is communicating for the Francophone members. The outcome of the study will be shared here.

Meetings have been a great way to have members contribute their expertise, learn, and communicate their needs and aspirations. Within the AEN, meetings have taken different formats to include webinars, seminars, conferences, and workshops, among other gatherings the AEN has organised. Collecting information about the needs and capacities of network members has also been done through this medium using evaluations to assess the needs of members.

The AEN uses evaluations at the end of meetings to access the relevance of our actual activities in meeting the expectations of attendees as well as delegates’ experiences of the overall conference. For example, the AEN’s EVIDENCE 2018 conference report captures the evaluations that were carried out with participants which included questions around attendees’ registration experiences, and the likelihood of delegates attending EVIDENCE 2020. Apart from gathering evaluations, it is essential to act on them. For instance, delegates at EVIDENCE 2016 suggested in that’s conference’s report that more time for networking and continued training opportunities during the conference were needed.  In response, the AEN secretariat included a whole suite of satellite sessions coupled with workshops the day before EVIDENCE 2018 to allow individuals, organisations, and initiatives to interact with and learn from one another.

The AEN is currently collecting stories of change (SoC) to showcase how the Network has had an impact on the personal, and /or professional endeavours of its members. The SoC technique shows how certain interventions or programs have contributed to the development of the AEN.  Through this process, the participants are encouraged to talk about their expectations from the Network. The AEN secretariat will then be able to identify resident capacities within its membership that might help the other members thrive. Aziza Modise, a member of the AEN secretariat, will share more about this process in a forthcoming blog post. The outcome of the process will be shared here.

The appropriateness of each of these four methods are usually based on the nature of information being sought by network conveners. What is critical is not the numbers that represent membership but effective networks that serve their members. We hope that the AEN experience with membership engagement can serve to inform other networks. As a learning organisation we are also keen to learn from others so if you have ideas and suggestions for us, please email us at ace@uj.ac.za.

The next blog post will discuss in detail how the study on institutional capacity, demand, and opportunity for collaboration with the AEN utilised information collected to address the needs of network members.