As Director of the Zimbabwe Evidence Informed Policy Network (ZeipNET), Ronald Munatsi has been a member of the AEN since 2014. ZeipNET was part of the VakaYiko consortium funded by DFID under the Building Capacity to Use Research Evidence (BCURE) programme at the same time that the AEN was establishing itself through the UJ-BCURE programme.

Ronald has therefore borne witness to the growth of the AEN, and ZeipNET has grown with it. Now as a member of the AEN reference group, there are many elements to network membership that Ronald values greatly. One is having had access to capacity and skills support. This has taken the form of both learning more about the EIDM field and the concepts used, and having access to build his own technical skills and that of his team through training in systematic reviews and evidence maps by AEN members.

An AEN story of change for Ronald and ZeipNET has been the convergence of the AEN’s role in information sharing, networking and capacity support. As the BCURE programme was drawing to a close, Ronald saw a grant application in the AEN newsletter that they subsequently successfully applied for and that has resulted in the further institutionalisation of an evidence platform in the Zimbabwe Ministry of Health, as Ronald explains:

"The result of some of the networks and engagements through the AEN was that we were able to get a grant after the BCURE project came to an end. We got a grant from the Alliance for Health Policy and Systems Research and we have managed to institutionalize a platform that is within the Ministry of Health. This is the Embedding Rapid Reviews in Health Systems Decision Making in Zimbabwe (ERAZ) platform."

"The evidence that it has been institutionalised is that we’ve produced some rapid evidence products that informed policy decisions. It is now a platform that is officially recognized and receiving a budget from the Ministry. The Ministry has shown interest to extend the MoU, which was project-based, for a more sustainable partnership.

This was strengthened through some of the networks and engagements within the AEN family. Rhona Mijumbi from Makerere University, who I met at one of the AEN conferences, was very supportive in assisting us and to institutionalise the platform. Makerere also provided some of the facilitators that provided systematic review training for platform members. This is a real success story.

The National Health Insurance Bill that is currently being drafted came from the results of one of the rapid reviews and the policy brief that followed from that. What made the most impact was some of the COVID-19 evidence briefs that we developed and these demonstrated the relevance of the platform in real time. We managed to produce two rapid evidence briefs that informed the policies for mandatory institutional quarantine for returnees and the mandatory wearing of face masks in public places. The platform also developed the country’s national health guidelines on self and mandatory institutional quarantine. As a result, our visibility, recognition and credibility as ZeipNET has greatly improved especially among policymakers and other stakeholders in the health sector."

This is a powerful example of how ZeipNET has grown, how evidence use has been institutionalised in the Ministry of Health in Zimbabwe, and the part that the AEN has played. 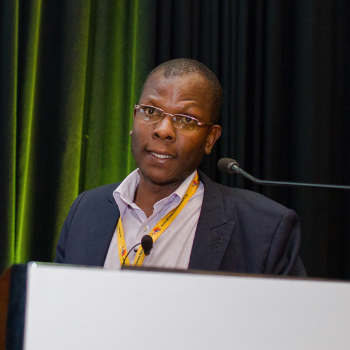 ~ Ronald Munatsi, director of the Zimbabwe Evidence Informed Policy Network (ZeipNET)
Back to story categories Back to Stories of Change
Previous Next