THE AEN “CONNECTS PEOPLE AS PEOPLE”

I was sort of shocked, pleasantly surprised that she knew I was doing a PhD.… And I thought we know each other from the [AEN] and what the AEN has done is connect us as people….the only way I knew about her was through the AEN… That is something that was so profound for me.

Since Rhona Mijumbi joined the AEN in early 2014, it has been like journeying with friends. Currently Executive Director of the Center for Rapid Evidence Synthesis (ACRES) at Makerere University, being a member of the AEN has held immense professional and personal value for her.

At a professional level she values the AEN for “catching new work” – learning about the “evidence family” outside of health, receiving pointers from the AEN through the newsletter and blogs to catch what others are doing and who to speak to about particular topics. The AEN has also provided her and ACRES with a platform to showcase their work on rapid evidence synthesis in a way that was welcoming and supportive during a time when there was scepticism about the methodology.

Intertwined with these professional stories of change is a thread of personal connection which resonates strongly with her. She mentioned one striking example of this:

"I can’t remember what the event was in particular... I think it might have been [a health conference in South Africa], or something like that. I met up with one member of the Network and it was at a time when I had just joined the Network and we were meeting for the first time and putting a face to a name, for her and for myself. I remember it was an informal conversation. We had just been part of a panel. And you get to speak after the panel.

One of the things she asked about was how my PhD was going. I was sort of shocked, pleasantly surprised that she knew I was doing a PhD. She asked in such a way that she had nice concern and wanted to be supportive. It was really pleasant. Of course I asked how she knew and she had known from another colleague and she shared tips from her own PhD experience [about completing the PhD]. I was having a similar experience… And I thought we know each other from the Network and what the Network has done is connect us as people. It’s not even connecting us at work alone. It was something that really stayed with me because the only way I knew about her was through the AEN… That is something that was so profound for me." 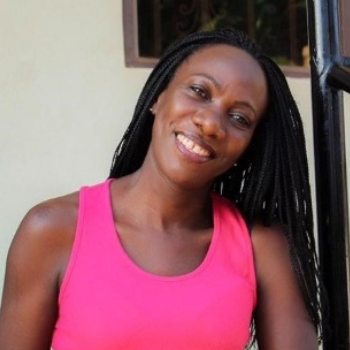 ~ Rhona Mijumbi, executive director at Center for Rapid Evidence Synthesis (ACRES), Makerere University
Back to story categories Back to Stories of Change
Previous Next