ME BEFORE & AFTER THE AEN

[Being part of the AEN] has really improved [my] confidence in advocating for evidence. The Network has changed my attitude, aptitude and altitude in the utilisation of evidence.

Wiseman Ndlela begun his journey with the Africa Evidence Network (AEN) in 2014 when both the Network and the DFID-funded Building Capacity to Use Research Evidence programme were established in South Africa. In 2018, he became an AEN Reference Group member. He is the Deputy Director in the Department of Science and Innovation (DSI), South Africa.

What has changed?
His ability to steer and advocate for the use of evidence is informed by the new mind-set and attitude about generation and production of data and the utilisation of evidence to inform decision making, as a result of being part of the AEN. He explains how the mind-set shift has been visible on at least three levels:

1) Increased awareness levels on the existing tools and instruments to better articulate and present data as evidence to answer specific policy and research questions;
2) Clarity of conceptual framework underpinning generation, production and use of evidence. This includes understanding intellectual concepts and terminologies used in the evidence-informed decision-making process; and
3) Increased level of attention and precision that one now pays when dealing with issues of evidence resulting from an increased “consciousness in relation to evidence” and how and why it should be used. This has increased quality of the work produced.

Although this mind-set shift has translated into how he approaches his work, for Wiseman the shift has been personal, as he explains:

"At a personal level in each and every platform where I go, if people don’t utilise evidence to inform their conclusion I would immediately register my objection and concern about the environment that does not support the use of evidence to inform their decision making. Even the weighting of intelligence in relation to the use of evidence. Even for myself personally, I am able to notice the difference in myself, the me before and me today. It has really improved, also [my] confidence in advocating for evidence. The network has changed my attitude, aptitude and altitude in the utilisation of evidence."

But for Wiseman it is not just important to be changed by the network, but also to change the network in turn:

"We need to find a way to contribute back to the platform maybe by way of expanding the network in our spaces and give it more branding and marketing. For example if each member invites the Secretariat for an activity in the organisation or workspace, at least once per annum. On one hand, this would facilitate the institutionalisation of the culture using evidence to support decision making, and on the other hand, it will increase the network’s footprints beyond an individual. Members of the network need and can contribute back to the platform rather than continuous absorption of knowledge and competencies. The relationship must be continuously cultivated." 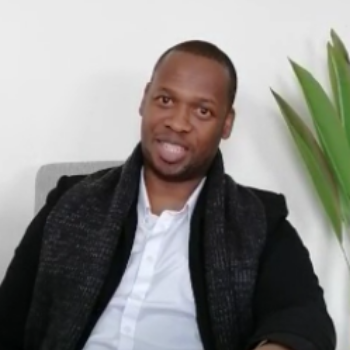 ~ Wiseman Ndlela, deputy director in the Department of Science and Innovation (DSI), South Africa and Africa Evidence Network Reference Group member
Back to story categories Back to Stories of Change
Previous Next