SCIENCE FOR GIRLS? THE USE OF EVIDENCE TO INFORM EDUCATION MESSAGING FOR FEMALE HIGH SCHOOL STUDENTS IN CAMEROON

Scientific subjects (and careers) not attractive to girls

In Cameroon, it has been shown that more boys are more interested in the natural sciences subjects (e.g. mathematics, physics, chemistry, further math's etc.) than girls. [1-2] This partly explains why we have more male science leaders than females. Females are rare in professions like pilots, civil and mechanical and computer engineers etc. than males.

Combining research and practice to educate girls with “Hope” for change

In a bid to address this trend Hope for Women and Children (HOWAC) sought to a) understand the barriers for girls in Cameroon (as per a literature review) and b) design an intervention in 2012 to educate young girls in lower ordinary levels (grade 9) on the importance of the natural sciences. HOWAC used the recommendations for practice to design tailored messages and disseminate them to 4 secondary schools in Yaounde through an education campaign. This was one of the activities leading up to International women’s day.

The outcome of the intervention was captured through discussions with the girls, many of whom acknowledged a change in their mindsets and their growing courage to choose more scientific courses (maths, biology, physics, chemistry, further mathematics etc.). While there has been no rigorous evaluation to assess the long term overall impact of this intervention, it is clear that the evidence was used effectively to inform and inspire the content suitable for impactful messages.

Dr Asahngwa Constantine is Director of the Cameroon Centre for Evidence- Based Health Care. He has been working in the field of evidence synthesis and utilization for the past eight years promoting a culture of evidence informed decision-making in Cameroon 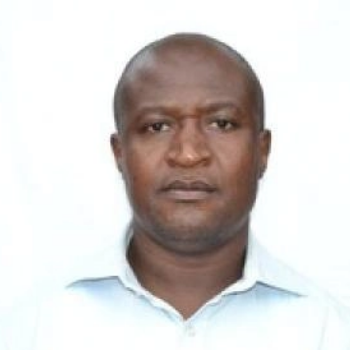 ~ Asahngwa Constantine, director of the Cameroon Centre for Evidence- Based Health Care
Back to story categories Back to Evidence Matters
Previous Next