Originally, eBASE Africa utilised systematic reviews with plain language summaries to deliver evidence of “what works” or best practices. However, this approach, only increased access to systematic reviews results but excluded populations that could not read. In the real sense, this excluded population needed information to empower them to make informed choices for healthcare, education, farming options, environment, and finance.

‘Evidence Tori Dey’: Science and indigenous interventions collude to communicate evidence
The development of ‘Evidence Tori Dey’ involved working with evidence experts and traditional storytellers. eBASE Africa used research evidence from synthesised evidence of interventions that are feasible, appropriate, meaningful, and effective and then worked with traditional artists to develop stories and match the science to the arts. What transpired was exciting and engaging African arts in the form of stories, poems, dance, and music is used to disseminate research results to influence behaviour change, promote uptake of best practices, and reduce evidence hesitancy.

For instance, storytellers created stories that are usually 2 to 5 minutes long in which the main characters either enjoy benefits or suffer loses if they make or do not make evidence-based choices. For example, a story-telling event in the rural community of Lendi in the Littoral focused on malaria prevention through use of bed nets. Evidence was used from Cochrane systematic reviews (Pryce 2018, WHO Malaria report 2018 and Cameroon’s national guidelines for malaria treatment) and translated into lives of characters in many stories and told to community members. Here are other stories .

eBASE Africa has directly reached about 15000 key populations with locally raised funds, including farmers, non-literate parents, patients, doctors, etc. So far, this innovation has reached over 10,000 people in rural communities and 5000 people in urban communities – these have included over 12000 people who cannot read, indigenous populations, farmers, and people with disabilities. This approach has enabled rural communities to make evidence-based choices for effective interventions in basic services. For example, what approaches to use for farming, education options for children including encouraging children to join students’ discussion groups in school to improve their ability to read and do mathematics. Another example would be on encouraging individuals to me the decision to sleep under a treated mosquito bed nets.

For the global evidence community, this was the first time their products were being delivered to these rural communities. To the best of their knowledge, these communities have not had any previous exposure to evidence dissemination or evidence use interventions. Some of the main reasons for eBASE Africa’s success include:

• Using local and culturally appropriate traditional methods to communicate evidence of effective interventions,
• Having a commitment to seeing the work through with everyone putting in their best, early preparations as well as involving policy-makers of the given area.
• Encouraging ownership within the rural communities: for instance, about 20% of the audience have been well-to-do members of the community. The audience also contributes freely or pay about 10 USD to attend eBASE Africa’s storytelling events.
• Plans to scale out projects to Middle African countries like Niger and Chad with similar cultural and basic services outcomes to Cameroon.

One of the major hurdles faced by this project have been funding to scale the innovation. We have not been able to secure funding for this approach and relied on a Robin Hood approach to fund storytelling events in the rural areas. Our future plans include obtaining funding to further develop this concept, research behavioural components, and tell more stories to poor communities free of charge. Policy makers’ buy in will be important. For instance, we would like policy makers at central and decentralised levels to buy in this storytelling approach and use this to promote evidence informed policies.

COVID-19 has made gatherings impossible as we strive to observe physical distancing. Also, the ongoing conflict in Cameroon has greatly challenged our intervention duo to the countless number of ghost towns and imposed curfews so it is not easy to bring people together due to insecurity.

Innovation requires boldness; there will be plenty of failures but persistence and adapting matters. Globally, underserved populations including non-literate persons have less access to research evidence. Even when they access research evidence, they are unable to understand complex GRADE tables and Forest plots. This puts them at a disadvantaged position in accessing basic services, and makes them more vulnerable to diseases, pollution, lack of education and pandemics including COVID-19 where evidence evolution is rapid. ‘Evidence Tori Dey’ is an innovation and an approach developed by eBASE Africa to bring this research evidence to non-literate consumers through arts thus; edutainment. To achieve this requires boldness persistence and adapting. 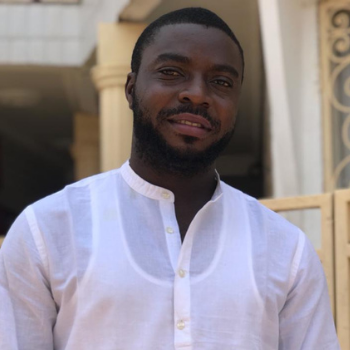 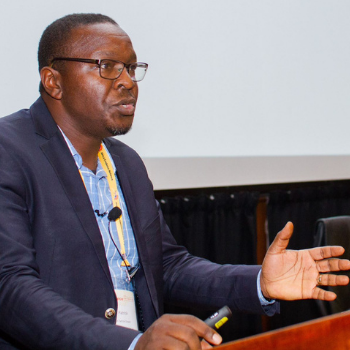 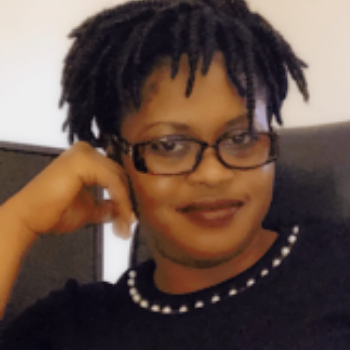 ~ Aweh Annih Akofu, researcher at Effective Basic Services (eBASE) Africa and EEF and CEDIL funded We Attain Project
Back to story categories Back to Evidence Matters
Previous Next