The AEN social media “star” Charity Chisoro is quite proud of the role she plays in the AEN secretariat as the social media go-to-person in the team. She came to ACE to assist with on-line engagements and other administrative requirements for the 2016 conference. From the beginning of her work in the AEN she was involved in social media communication. Her initial perception was that people do not look at tweeting as a formal professional skill, and never having done it before in this way; it took time, effort and practice to learn to do it right and she has done it “Tweeting in a professional space and in real time at a conference is an acquired skill. It was something that I had not really done before, and has opened up different opportunities for me in that people also start trusting you to make a difference in their life”

Her reputation as the official communication person of the AEN precedes her and this is directly due to the work that she does for the Network. Working as a member of the secretariat has raised her profile such that other members of the AEN also talk about her. She says about this. “The AEN has raised my profile through networking. Sometimes I would even tweet from my personal account and many people started recognising me from twitter”. For example, one woman from Cape Town came up to us at the conference and praised our tweets saying, “Every time I tried to tweet on something that was done or said, you guys beat me to it”. When a colleague told her, it was I who was tweeting said she was thinking of offering me a job”.

Charity`s role in the secretariat includes Twitter, LinkedIn, compiling the AEN newsletter that shares events, stories, and journals that are relevant for the EIDM as well spotlighting of individuals who join the AEN. She mentions that the AEN played a pivotal role in upskilling her especially when it comes to communications and asserts. “The AEN has helped improve my writing skills. You don’t realise what impact you have in people’s lives until you get feedback that the AEN newsletter helped a person find a job, or the AEN connected people and now they are collaborating on A, B and C. It is an amazing feeling because there is some “return on investment”. It might be something small like giving information, like providing awareness and even just acknowledging a spotlight. One doesn’t know how their little contribution to the network impacts people, but it does and that is what I am proud of.

I am proud of the feedback I am getting from colleagues and other members of the network. When we receive emails, or response from twitter “oh, it was a great newsletter” or a tweet that “the AEN featured us in their newsletter”. It shows that people are reading and they engage. It makes you feel like you are making an impact” 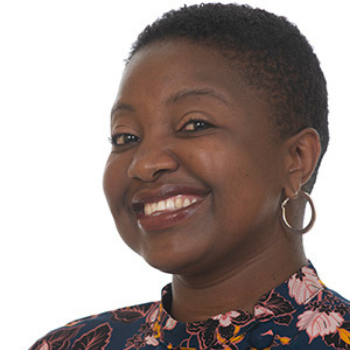 ~ Charity Chisoro, programme officer at Africa Centre for Evidence (ACE)
Back to story categories Back to Evidence Matters
Previous Next