THE ‘AFRICA’ IN AEN IS REAL

“The secretariat of the AEN is made up of officials working on different tasks in the running of the network to serve our members all over Africa and ensure they stay informed."

In his first year at ACE working as a junior researcher, Likhwa Ncube became exposed to the Africa Evidence Network (AEN) and before the year had passed, and partly due the fact that he became employed on a more permanent basis, he registered to be in his words “a full member of the network”. His tone almost stressing to me that it is something more than an ordinary membership. He understands the network as the coming together of people with similar interests and insists on clarifying that the AEN is more than just a network of professionals, but it has ‘added value’ in the form of a secretariat who is tasked with ensuring different parts of the network are managed to ensure its running smoothly. He says “ The secretariat of the AEN is made up of officials working on different tasks in the running of the network to serve our members all over Africa and ensure they stay informed.

Likhwa immediately started talking about the benefit of the monthly AEN newsletter and almost all our conversations after that was focused of this aspect of the AEN. He talks about following the newsletter and how through the newsletter he could look at different career paths he could take and the kind of work he could eventually branch into as his career progresses. He says “(In the AEN newsletter). I could see the kind of careers I could do, the kind of work these people in this field are doing, I was motivated and interested in what they are doing , it actually broadened my understanding and scope in terms of this field in Africa what it is for instance one might take it for granted but we are talking about policy research in agriculture even, I didn’t know of all that till I gained interest by following the newsletter, and then from the newsletter following these people on twitter and finding out that they are working in these spaces. So you see, my journey is made possible by the AEN newsletter and twitter and as a result I am in a better space now professionally. He says “The stories that are published are informative and very insightful. I have many interests besides EIDM and I find that mediums like these ensure I continually benefit.”

Likhwa is passionate about what is happening in Africa and believes that the AEN is one of the few networks that talks about Africa and means it. He noted with interest that many organisation would have the word ‘Africa’ in their names, documents and everything else, yet when you look closely there would just be no African focus. He then contrasts the ‘Africa’ in AEN with his past observations and gives the example of the AEN conference and says “ I didn’t go to the conference having those doubts (about the ‘Africa’ in AEN), though it’s something that I am always aware of. But when I got to the conference I found that the ‘A’ in AEN was reinforced and I knew that surely there is an African focus in this space; the people I saw! The diversity that I saw in the conference! People spanning from Tunisia, to Malawi to Kenya and from everywhere I noticed that indeed it’s a regional network and it’s not just taking advantage of the A in AEN just for the sake of the ‘rhyme’ (indicating what people say and repeat without necessarily meaning what they say). It is grounded on the African agenda.” 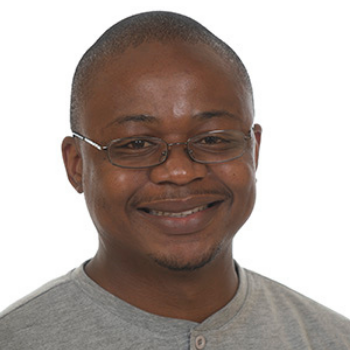 ~ Likhwa Ncube, researcher at Africa Centre for Evidence (ACE)
Back to story categories Back to Evidence Matters
Previous Next